Power windows are one of the most common features of modern cars. However, not all cars have them and there is still a lot of confusion about how they work. In this article, I am going to explain what are power windows, how they work, and what are their advantages and disadvantages over manual windows.

What are power windows?

Power windows are a feature on cars that allow you to open and close the windows with the press of a button. This is particularly handy if you’re trying to get out of your car in bad weather or have small children who need to be protected from the elements.

How does a car power window work?

If you’re unfamiliar with the inner workings of a car, this can be a bit confusing. Fortunately, we’ve got it all figured out for you! Here’s how the power window system in your car works:

Do all cars have power windows?

Nope, not even close. All cars have manual windows, but only a few have power windows. Some models even come with both types of windows: manual in the back and power in the front! There are many different kinds of car manufacturers out there, so it’s impossible for me to say whether or not your specific model has either type of window. You’ll just have to look under your own hood (or bonnet) and see for yourself!

What are the advantages of power windows in cars?

What are the disadvantages of power windows?

While power windows are convenient, they can also be very expensive to repair. If a window malfunctions, it usually requires that the entire mechanism be replaced. This can get costly, especially if you have a newer vehicle and/or live in an area where auto parts are expensive.

Furthermore, these systems come with some safety risks. If you’re driving and your power windows malfunction, it’s possible for them to become stuck open or closed while you’re on the road—both situations could lead directly to an accident that results in injury or even death! In addition to this risk factor, operating power windows is often difficult due to their complicated design or because they’re located inconveniently within your vehicle (for example, one may have been installed on top of another). Lastly (and most importantly), they can make quite a bit of noise while being operated—especially if there’s any corrosion present inside the system itself!

Power windows are a great feature to have in your car and can make driving much easier. They allow you to easily control the windows without having to touch them directly by hand, which can be especially useful when driving on bumpy roads or with kids in the back seat who love playing with buttons. Although most cars have power windows these days (they were first introduced in 1959), newer models may come with more advanced features such as remote controls and automatic up/down options that are worth looking out for when shopping around for new vehicles! 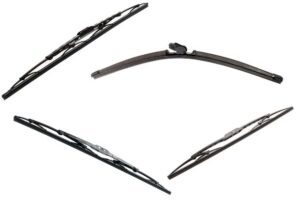 Are windshield wipers of different sizes? 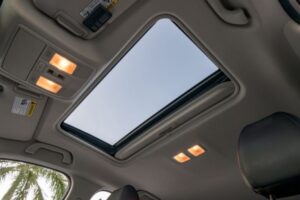 What to Do After a Windshield Replacement?