Condensation is a common problem in cars, especially when it’s cold outside and your windows are fogged up. Condensation can even occur on warm days if the air inside your car is too humid. If you notice condensation on the windows in your vehicle, there are several steps you can take to remove it and prevent it from happening again.

Condensation is the process of water vapor being converted into liquid water. It occurs when warm air is cooled and the water vapor in it condenses.

Condensation is a normal process that occurs in nature. For example, when you put on a sweater or take off your coat indoors on a cold winter day, you might see moisture forming on the inside of your clothes—this is condensation from your body heat turning into the water due to temperature changes. In fact, if you’ve ever found ice cubes sticking to your cup after putting hot coffee in it, then you know what happens when this process goes too far!

When warm air enters an enclosed space like an automobile cabin through windows or doors (or any other openings), its temperature drops rapidly as it expands within this confined area. To maintain equilibrium with their surroundings (and avoid freezing), these cool temperatures cause moisture particles to present within them to change state from gas to liquid form – creating foggy patches on clear glass window panes and causing wet car windows during cold weather months if left unchecked!

What causes condensation in my car?

When you’re driving in your car and it starts to rain, you may notice that the windows fog up. This is a result of condensation. Condensation occurs when water vapor in the air turns into droplets and then collects on surfaces that are colder than their surroundings. It’s a normal process, and it happens inside your house too (you might see it happening on windows after you take a shower).

Condensation can be caused by heat, cold, or humidity—or a combination of all three. The weather outside is one major factor that contributes to condensation; temperature changes cause water vapor to change states more rapidly than usual, which means more moisture will collect on surfaces with lower temperatures. The temperature inside your car can also affect how much condensation forms on its windows: if you leave the AC running while parked in direct sunlight during summer days (or vice versa), for example, this will cause more moisture buildup inside because there’s less circulation of air within than without.

How to get rid of condensation on car windows?

Condensation on car windows can be a nuisance. It may seem like a simple task, but it’s important to keep the windows clean and clear in order to maximize visibility. Here are some tips for how to get rid of condensation on your car windows:

Why is it important to clear condensation?

Condensation can cause a number of issues, so it’s important to keep your car free from any kind of moisture. If you don’t, you may be left with a number of problems:

New cars are more prone to condensation build-up because they have better seals and tighter gaps on their windows, which trap the moisture inside. The air inside is also colder, so it doesn’t take much for water droplets to start forming on your windows. Newer cars are often equipped with smart ventilation systems that automatically bring in fresh air when needed, which helps prevent excess moisture from building up inside your car.

It is important to clear condensation from your car windows because it can make it difficult for you to see the road. If there is too much moisture in your car then it could also cause damage to your interior by corroding the paintwork and rotting the fabric seats. To prevent this from happening, all you need do is wipe down the glass surfaces regularly with some paper towels or cloths that have been dampened with warm water; this will remove any dirt build-up before it has time to settle down into cracks or crevices which would otherwise be hard to reach later on. 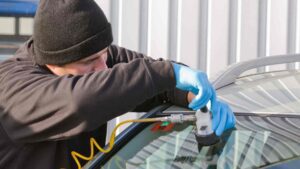 Why Windshield Crack Cannot be Repaired and What to Do Next?

How To Tell If The Windshield Is Installed Correctly? 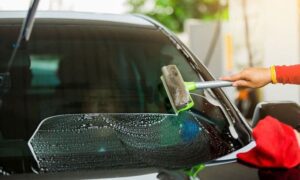