Snow and ice can be serious problems for any driver. But winter storms aren’t always a matter of bad weather—sometimes, it’s just the need to defrost your windshield. Whether you’re trying to scrape away snow or frost from your windshield, there are steps that you can take to do it safely and effectively. Here’s how:

The heat of the water or steam can damage the windshield and lead to cracks. The same goes for a hair dryer, iron, or any other heating device.

2. Do scrape, slowly and gently, to remove ice.

You should use a scraper to remove ice from your windshield. Scrape in the direction of the wiper, and do so in a circular motion. Also, begin by scraping off small sections at a time. Do not use sharp objects such as knives or similar objects to scrape your windshield; this could damage your car’s paint job.

Do use an ice scraper for defrosting a car windshield.

3. Don’t start the car with a frozen windshield.

Don’t start the car in the morning without defrosting it. The needle of your temperature gauge will be higher when you first start driving than at any other time during a short trip, so you can remove ice from your window by turning on either of your car’s heaters or by rolling down all four windows and letting in some fresh air. This method also works if you have to drive on a highway because there is no traffic, but if there is traffic near you, then it would be better not to do this because other drivers might object to having their view of the road obscured by someone else’s fogged-up windshield!

4. Do make sure you have proper ventilation.

It’s important to be aware of the amount of heat being pumped into your car before you start. Make sure that there is proper ventilation, and that you are not leaving the car running in a garage or with its windows open. Your exhaust pipes will build up carbon monoxide, which can kill you as well as freeze over your windshield!

5. Don’t let the defroster run without scraping ice off first.

You want to be sure that the ice has been removed before you turn on the defroster. If you don’t, it will just melt a little bit of ice and then not work. The same goes for preheating your windows with air from inside your car—it won’t melt any more than what’s already there.

The reason this happens is that when you turn on your defroster or preheat your windows, the glass heats up very quickly from ambient temperature to about 100 degrees Fahrenheit (38 Celsius). The heat causes some of the ice on top of the windshield to melt and fall off onto either side of the glass pane (or whatever part of your car’s bodywork is being heated).

When this same area refreezes after turning off the fan or air conditioner, it forms a thicker layer that must be chipped off manually by scraping with a credit card or similar object—a frustrating task if you’re trying to get somewhere!

6. Do add isopropyl alcohol to your water.

The first step in removing ice from your windshield is to start with a mixture of water and isopropyl alcohol. This combination will freeze at a lower temperature than pure water and will form crystals that are larger, which makes them easier to remove. Isopropyl alcohol can be used straight or diluted with water, so you can adjust the ratio depending on how much ice you want to remove.

The above tips will help you avoid damage to your glass or yourself while defrosting a windshield. 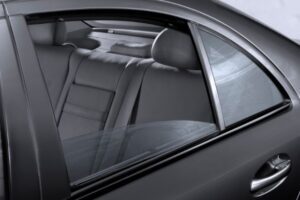 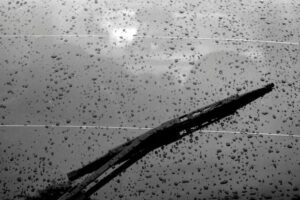